There is so much fitness jargon out in the world because of social media. Let me cover one topic that is pretty basic so you can get a grip on what is real and what isn’t about bicep training.

What Is The Bicep?

For starters, there needs to be some basic understanding of the biceps. The bicep brachii is a biarticular muscle (a muscle that crosses two joints) that starts at the shoulder and ends at the start of your forearm. This muscle has arguably two or three actions in the arm.

The most recognizable action is elbow flexion or bending elbow. It also has an accessory motion of bringing your palm to the sky in an action called supination. The last action can be debated depending on whether you are describing its textbook action or its functional action at the shoulder. Since it crosses the shoulder it theoretically should have some influence in shoulder flexion (raising your arm in front of you) but functionally acts more to create proximal stability at the shoulder while keeping the head of the humerus in place.

Putting these actions together – elbow flexion, forearm supination, proximal shoulder stability, creates the most activation of the biceps. That is why when the bicep curl with supination is performed most people feel a tight contraction within the bicep. The same idea happens when you decide to flex your biceps in a mirror, most people tend to flex their elbow and move their wrist into that action of supination.

When each of these actions is changed ever so slightly it can preferentially activate a different muscle.

Friends of the Bicep

Along with the bicep, there are other muscles of the arm that create elbow flexion – the brachialis and brachioradialis. In order to activate these muscles more, you will need to put the biceps in a more “disadvantageous” position so that these muscles can take over the elbow flexion moment. 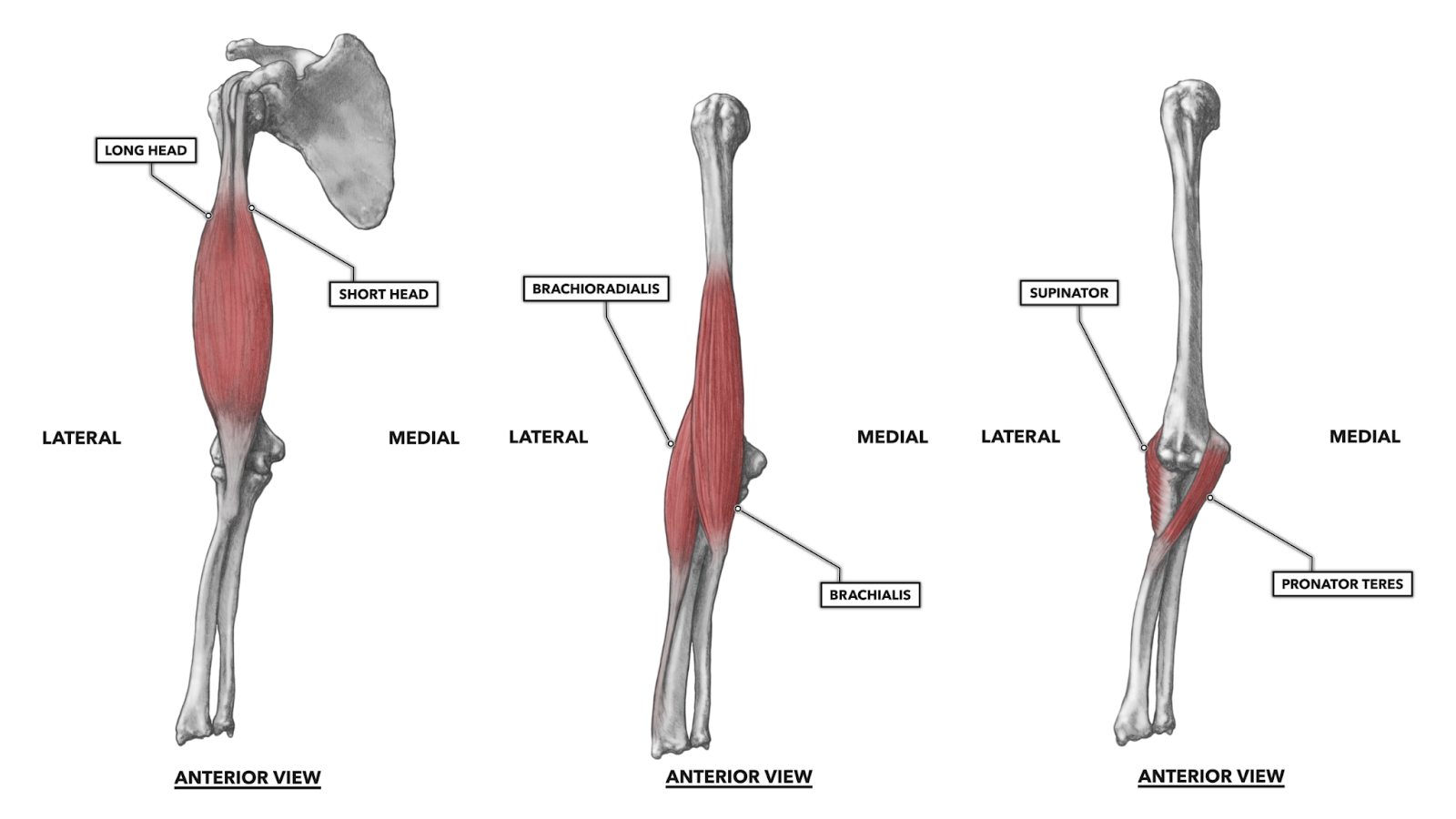 This is where grip influences the activation of certain muscles. There are three grips that are widely used – pronated (reverse grip), neutral (hammer grip) and supinated grip. Each of these grips associated themselves with a different muscle when performing elbow flexion.

So the next time you want to work out your biceps, remember to get a grip and give the other arm muscles some love too.

Here are some exercises that will preferentially hit each of the muscles in the anterior arm.

If you want to learn more about how to get a grip, please contact us or check our Social Neworks.